The human scalp is susceptible to microbial build-up if not thoroughly and frequently washed with the appropriate cleansing agents such as shampoos. Natural oils are presented in our scalp and it called as a sebum and it is a fuel/food for the dandruff-causing microbe. Malassezia feeds off these oils, breaking it down into by products, including oleic acid; formation of oleic acid is a starting/ kick point of dandruff. Approximately 50% people in the world sensitive to the oleic acid and affected by the dandruff. Overall clinical study results revealed that usage of tested anti-dandruff shampoo is effective and significantly reduce the dandruff fungi in scalp. Efficacy was analyzed with changes in the intensity of hair fall over 6 weeks from baseline to treatment visits using Visual Analogue Scale (VAS). The average response of Visual Analogue Scale for visit1 and visit 5 was 6.287 and 0.350 respectively. The average response/changes of Visual Analogue Scale score for Visit1 is 100.00 and Visit 2 having the score of 74.360; Visit 3 having the 47.924, Visit 4 having the score of 19.453 and Visit 5 was having the score of 5.567. It is concluded that there is statistically significant difference between the average response of Visual Analogue Score (VAS) between Visit 1 and Visit 5 which is indicative of remarkable improvement of dandruff over a period of 6 weeks. The tea tree oil in the formula act as a carrier to carry the actives in to the deeper part of the scalp; synergistic combination of natural and synthetic chemicals helps to control the dandruff. Overall study confirmed that the synergistic combination of synthetic anti-dandruff and natural ingredients plays a crucial role in control the anti-fungal, anti-inflammatory and local immune stimulatory actions.

Dandruff is actually caused by a microbes and it is a 100% natural and called namely as a Malassezia. Malassezia is a monophyletic genus of fungi and found all warm-blooded mammals and humans and it contributed dandruff, atopic eczema/ dermatitis, pityriasis, versicolor, seborrheic dermatitis and folliculitis etc. The root cause of dandruff is the single-celled microbe Malassezia globosa, which exists on everyone's scalp. Around 50% of people's bodies have a negative reaction to the presence of this fungus, causing dandruff. Natural oils are presented in our scalp and it called as a sebum and it is a fuel/food for the dandruff-causing microbe. Malassezia feeds off these oils, breaking it down into by products, including oleic acid; formation of oleic acid is a starting/kick point of dandruff. Approximately 50% people in the world sensitive to the oleic acid and affected by the dandruff. The body reacts to the presence of oleic acid by increasing the speed at which your skin cells renew. It's an attempt to 'shed' the irritant and is the mechanism that causes flakes. There's more to the body's response to Malasseiza and oleic acid than just flaking. Dandruff causes the itchy scalp, dry scalp, inflammation, a red scalp etc. Shampoo is the best remedy to recover from the hair from dandruff. Antidandruff shampoo is a completed formula, because it containing combination of surfactant, conditioners, hair softeners and anti dandruff agents. PH of the products, solubility of actives, and deposition of actives are playing a crucial role in anti dandruff shampoo. Varieties of antidandruff agents are used widely in various antidandruff preparations such as climbazole, zinc pyrithione, octopirox, ketoconazole, selenium sulphide, coal tar etc. Among these, climbazole is one of the most popular anti dandruff agent and it is an imidazole anti fungal activity and very safe as per European Cosmetic regulatory norms. Now a day's many researchers proved that the herbal/natural/ ayurvedic materials also control the anti dandruff and many natural products having the potential against the cure against the Malassezia fungi. Shruthi [1] exclusively studied that effect of rice-water in reducing the growth of dandruff-causing fungi. Many scientists found that anti fungal activity of neem [2,3]; similarly the effects of lemon on anti fungal activity was explored by Glinksy and Avraham Raz [4-6] exclusively studied the various natural remedies against the dandruff fungi. Present study aimed to generate the authentic document about the synergistic combination of synthetic and herbal materials against the dandruff caused fungi [7-9]. Here, we investigated the effectiveness of a natural approach of dandruff shampoo for dandruff suffering people. So we have aimed to generate the authentic documents about the safety and efficacy of dandruff control shampoo performance on patients suffering from the dandruff issues. Many researchers found that Mentha piperita oil having the instant relief potential from dandruff and also having the less/minimal side effects and potential exclusively studied.

Main objective of the study was to estimate the clinical efficacy and safety assessment of herbal actives dandruff shampoo for the management of dandruff treatment.

Study was multicenter, open, single arm and proof of concepts clinical study with no control groups' method and conducted by STANDEV Research Private Limited, Mumbai, India. The study protocol, case report forms, product information and informed consent forms were approved by the local ethical committee. Entire clinical trial was initiated only after the approval of the protocol and a model informed consent form (ICF) from the concerned Ethics Committee. A total of 60 patients, who were diagnosed as suffering from moderate to severe form of dandruff, and who were willing to give informed written consent were included in the study. Patients of either sex in the age group varied between 18 and 65 years.

Screening/pretreatment procedures include medical history, physical examination and vital signs. The subjects, who met the selection criteria, were allotted subject numbers in ascending order to receive study formulation Dandruff Guard Shampoo. Investigational Product was administered as local application for 6 weeks. Assessment for clinical signs and symptoms, vitals and adverse Events were done at every follow up visit, on Day 7+1, and Day 14+1, Day 28+1and Day 42+1 post treatment. All the patients were advised to apply about the 10mL of the investigated product locally applied on the scalp and hair three times in a week for a period of six weeks. Subjects were given a weekly questionnaire to determine qualitatively the status of their dandruff control as well as the presence of side effects.

a. Patients willing & able to provide signed informed consent prior to any study related to procedure

b. Patients of either sex in the age group between 18 to 65 years both inclusive.

c. Patients suffering from dandruff of scalp of various severities

d. Patients who in the opinion of the Investigator were able to comply with the study requirements.

e. Patients who committed not to use medicated/non medicated shampoos/soaps (including soaps containing antibacterial/antifungal agents) or any other antidandruff treatment/hair products (including prescription and nonprescription medications such as hair oil, conditioners) for the entire duration of the study.

b. Nevi or cutaneous lesions currently.

d. Patients with known hypersensitivity to ingredients of Investigational Product.

e. Patients who underwent hair procedures within the past 2 weeks or during the study

f. Patients with H/O Myocardial Infarction (MI) within 4 weeks prior to enrollment.

i. Patients with history of alcohol or drug abuse.

j. Patients participating in any other clinical trial.

l. Any other condition due to which patients are deemed to be unsuitable by the Investigator for reason (s) not specifically stated in the exclusion criteria.

m. Any psychiatric illness which may impair the ability to provide written informed consent.

Primarily changes from baseline (visit 1) to day 7 (visit 2), day 14 (visit 3), day 28 (visit 4) and day 42 (visit 5) were used to assess efficacy on the basis of Visual Analogue Scale (VAS) and Global Assessments (Investigators and Patient). Safety of subjects included evaluation of adverse events (AEs) throughout the study. Vitals were recorded at each visit during the study.

Treated group results were compared with the control group. The results were analyzed statistically using Student's t-test to identify the differences between the treated and control. Base line value compared with various analyzed interval using the 'Repeated Measures ANOVA Test'. The minimum level of significance was fixed at 99% confidence limit and a 2-sided p value of <0.05 was considered as significant.

The average response/changes of Visual Analogue Scale score for Visit1 is 100.00 and Visit 2 having the score of 74.360; Visit 3 having the 47.924, Visit 4 having the score of 19.453 and Visit 5 was having the score of 5.567 and the detailed average change of dandruff summarized in Figure 1. It is concluded that there is statistically significant difference between the average response of Visual Analogue Score (VAS) between Visit 1 and Visit 5 which is indicative of remarkable improvement of dandruff over a period of 6 weeks. Overall study confirmed that the synergistic combination of synthetic anti-dandruff and natural ingredients plays a crucial role in control the anti-fungal, anti-inflammatory and local immune stimulatory actions. Patients/subjects were asked to evaluate the presence of adverse effects of tested anti-dandruff shampoo treatment. There were no clinically significant adverse reactions, either reported or observed, during the entire study period and overall compliance to the treatment was excellent.

Dandruff, which is visible desquamation of scalp and it caused by Malassezia. Malassezia fungi. It caused by multiple host factors like humidity, improper clean, seasonal and emotional stress. Dandruff may be control in the summer period; in general UV rays are control the Malassezia. Malassezia [10,11] and aggravated in winter period. Pityrosporum ovale appears to play an important role in the pathogenesis of dandruff as a symptom of seborrheic dermatitis. Climbazole is an antimycotic agent with a high in vitro and in vivo efficacy against P. ovale [11]. Many scientists proved that climbazole control the dandruff and it is safe to use in the shampoo format and it will not affects the product stability during the shelf life [13]. Peppermint oil is obtained from the leaves of the perennial herb, Mentha piperita L. and the oil gives cooling effect on your head and helps in removing the dandruff and lice [14]. Because in contains the menthol, selenium and zinc, these are all proven the anti flake ingredients. Melaleuca (tea tree) oil is an anti septic and it is penetrate into the top layers of the scalp and carry their disinfectant activities deeper than most emollients. The tea tree oil in the formula act as a carrier to carry the actives in to the deeper

Application/usage of herbal enriched shampoo is a safe and effective in terms of dandruff control. Overall study confirmed that the synergistic combination of synthetic anti-dandruff and natural ingredients plays a crucial role in control the anti-fungal, anti-inflammatory and local immune stimulatory actions. It helps to control the dandruff by continuous application of 6 weeks.

The researchers thank Mr. Kirshna Kumar Chutani, CEO and Mr. Jude Linhares-Head of operation for their constant encouragement and support for the study. 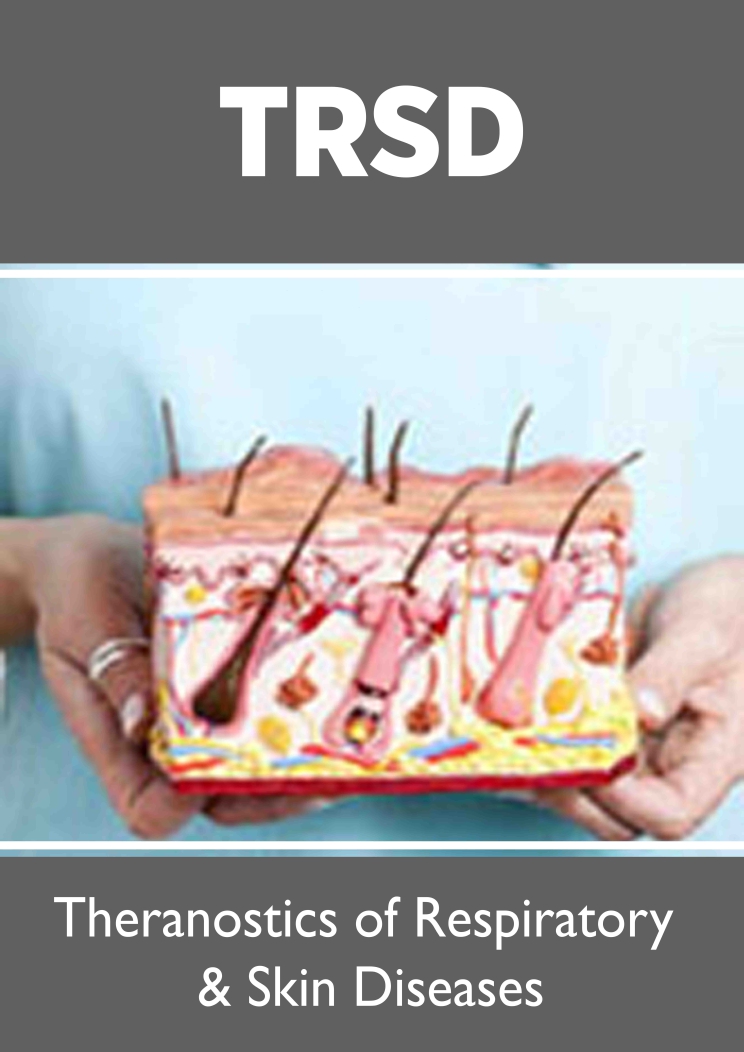