This study was carried out in Funtua, Kastina State. A total of 119 Eggs of the French broiler guinea fowl were sourced at Songhai Agricultural center Funtua, Kastina State. The eggs were measured for egg linear measurements and egg length and egg width. Data obtained was subjected to statistical package for analysis [1]. The correlations between body weight and body linear measurements were determined using pearsons product moment correlation coefficient (r). Phenotypic correlation between egg weight and egg linear measurements was also determined. Egg weight had positive and significant (P<0.05) correlation with egg length (0.275) and egg width (0.496). The correlation between egg shell index was negative (-0.058). The result shows that Egg weight can be improved by selection for egg length and width French broiler guinea fowl populations.

Meat and meat products are major sources of high-quality protein and their amino acid composition usually compensates for deficiencies in the staple foods. Production of family poultry is regarded as an alternative way to alleviate poverty and support to ensure food security for socio-economically disadvantaged rural households (Branckaert and Gue’ye, 1999). In third world countries, the guinea fowl production could become much more valuable than it is today (Siana, 2005; Fajmilehin, 2010; Moreki, 2010). It thrives under semi intensive and extensive conditions, forages well, and requires little attention from the farmer (Dahauda, 2007). The guinea fowl also retains many of its wild ancestor’s characteristics, they are hardy and resistant to environmental challenges, produces well in cool and hot conditions (Dahauda, 2007). Compared to chickens, guinea fowls are economically more suitable to tropical regions because of their adaptations to traditional breeding systems (Dahauda, 2007). The potential of the Guinea fowl to increase meat and egg production among low income farmers requires greater attention (Rhissa and Bleich, 2009). Guinea fowls are widely known in Africa (Solomon, 2012) and occur in few areas in Asia and Latin America. Strains newly created for egg and meat production in Europe, notably French broiler and layer guinea fowls show excellent characteristics for industrial scale production [2]. Guinea fowl production as a meat bird has proven to be a viable and profitable enterprise, thus providing opportunity for commercial production in many parts of the globe [2]. A survey indicated that interest in guinea fowl as an alternative poultry and specialty meat bird in the United States appears to be increasing. The French variety of guinea fowl is raised primarily for meat [2]. Although their growth rate is slower than that of broiler chickens, the carcass yield of male and female guinea broilers at 12 weeks of age is about 76.8 and 76.9%, respectively (Hughes and Jones, 1980). In recent studies evaluating the optimum Crude Protein (CP) and Metabolic Energy (ME) for the French guinea fowl broiler, Nahashon (2005) reported carcass yields of about 70% at 8 weeks of age. Genetic and phenotypic correlations are useful in prediction of direct and indirect responses to selection and determination of optimum weight and expected correlated response to selection [3].

The external and internal egg quality traits are significant in poultry breeding, especially for their reproduction of future generations, breeding performance, quality and growth trait of chicks [4]. Egg quality traits determine price directly in commercial flocks and it is usually described in connection with consumer’s right requirements [5]. In meat lines, the productivity and quality of the egg has been reported as an important factor for economic breeding and propagation flock [6]. Egg weight, shell thickness, weight of egg yolk and albumen are important egg traits influencing egg quality when other management conditions and fertility are not limiting factors [7]. Egg quality characteristics are influenced by many factors including genetic, maternal and environmental ones [8]. Genetic differences in egg quality characteristics have been reported to exist between species and between breeds, strains and families within lines [9,10] had reported the possibility of determining some external egg quality traits from egg weight of pharaoh (Black variety) quail. It has also been reported that genetic improvement of correlated traits can be achieved by selection for one of the correlated traits [11] especially if one of the correlation traits has low heritability estimates [12]. The objective of this study was to evaluate the phenotypic correlations between egg weight and egg linear measurements of the French broiler guinea fowl in Nigeria with the intension that this relationship can be exploited for genetic improvement through correlated response to selection.

The experimental design used was the completely randomized design (CRD). Eggs of the French broiler guinea fowl strain were sourced at Songhai Agricultural Research Centre, Funtua Katsina State of Nigeria. Parent stock birds from which eggs were collected were raised extensively on free range, feeds were supplemented with grains (maize, millet or wheat) and no medications provided. The French broiler guinea fowl eggs were selected based on visual observation of size, shape, color, cleanliness and uniformity.

Parameters that were measured and data collection

Egg weight had positive correlation with egg weight and length. Genetic improvement of egg weight can be achieved by selection for egg length and width.

Genetic improvement program for egg weight in the broiler guinea fowl populations in Nigeria can be achieved by selection for egg width and length. 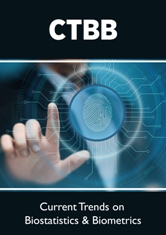