The economic and technical development of human society in late years put a heavy pressure on the natural resources of our planet. The increasing need for both material and energy resources lead not just to an extensive consumption of existing ones but also to an increase of pollution, with negative and irreversible consequences on every living being on Earth. One of the most destructive is the constant rise of the atmosphere temperature as consequence of so called “greenhouse effect”: the accumulation of some gases among the most important is CO2, produced mainly by classical energy sources Figure 1, acting as a shield and maintaining the heat generated by solar radiation. This fact induces a “domino” effect on whole planet, starting with the glacier’s melting (since 1973 the glaciers’ melting ratio it has grown with 77% [3]) and ending with random climate changing at planetary scale. As one can see in Figure 1, the most polluting area is the energy production, based on fossil fuel consumption. On the other hand, the energy needs are constantly increasing [4]. If the actual energy sources will be used, the evolution of fossil fuel until 2100, for example in European Union, will be enormous, Figure 2. As consequence, the greenhouse gases emission would have a disastrous impact on biosphere. So, the solution to preserve life on Earth is to find some energy resources that don’t generate greenhouse gases and also are inexhaustible. These sources are known as “sustainable” or “renewable” and there are mainly of three types: waves, sun and wind.

Figure 2: Energy sources evolution [4] A) if no measures are taken, B) if alternative energy sources are considered.

One of the most important stage in exploitation of a sustainable energy source is the preliminary analysis of efficiency, both as energy amount and as duration in time. Since the climate changes have an impact on hydrologic cycle, sea level, wind speed etc. [5] and these changes are evolving in time, a prediction procedure is unavoidable. On the other hand, the placement of energy extraction device itself has an influence on the environment. In order to establish the optimal placement of energy converters and their impact on the environment there are dedicated software, both online and offline versions, allowing the access to global databases with accurate information about the wave characteristics, solar irradiation and wind speed for each region of the globe. The problem is that due to the weather changes the models implemented in this software may give less accurate predictions when historical data are used [6]. So, a promising alternative is the use of artificial neural networks’-based models.

The Artificial Neural Networks (ANNs) are parallel calculus systems simulating the biological brain functioning [7,8] capable to build models based on input-output data sets. The elementary unit of an ANN is the perceptron -artificial neuron, Figure 3A, which is a software copy of biological neuron. These units are connected into a complex, layered, architecture- the ANN, Figure 3B. Following the goal of modeling procedure, several types of ANNs can be found. Taking into account the needs of sustainable energy domain, the Feed Forward Back Propagation Networks, Figure 3B, are the most suitable type [10]. In order to perform an ANN modeling one must have appropriate input-output datasets, usually experimentally acquired, used for training stage of the network. Once the training accomplished, the ANN model can be used for prediction - obtain output data for known input data or optimization-find specific inputs values for required outputs (usually minimum or maximum values). The benefit of ANNs’ based modeling is that the obtained model is not linked to a rigid mathematical formula but is dynamically adapted to experimental acquired data. As consequence, the sustainable energy sources can be analyzed. In [11] the Authors use the ANN modeling for obtaining more accurate predictions of wave parameters for areas where wave mathematical models like WAN or SWAN cannot be used these ones being appropriate for large scale domains. After testing six ANN architectures, trained with datasets obtained from National Data Buoy Center, the Authors obtained a correlation of over 67% of predicted data with real measurements. Also, the implementation of the ANN model is extremely rapid.

The Authors of [6] demonstrated in their work that the accuracy of an ANN based model for wave parameter prediction is depending of historical data sets, as these are newer as the predictions obtained are more precise. Not only in wave energy prediction the ANN models are used. In [12] the Author establish an ANN model with goal to provide a reliable tool capable to improve the accuracy of short-term forecast for wind speed and power output of wind turbines. In [13] the Authors presents a model trained with historical data set of wind speed and direction with the goal of predicting the wind power value. The final conclusion is that as the training datasets are newer as the accuracy of ANN prediction is higher. For solar energy also the ANN modeling is a useful tool. The Authors of [14] use the ANN modeling for obtaining the solar irradiance starting from datasets provided by a simulated photovoltaic module. The results show that an ANN model can stand as a useful, inexpensive and accurate tool. In [15] two ANN models are used for prediction of profile of produced power by a photovoltaic module are presented. The Authors chosen to build different models, one for cloudy days and other sunny days. As training data sets the solar irradiance, air temperature, PV module voltage and PV module current values, measured over a year, were used. As conclusion the benefit of the ANN models is evidenced: they do not require more parameters or complicate calculations like mathematical based models do. The models can be used to predict the profile of the produced power of photovoltaic modules.

The need to use sustainable energy sources is a must in order to preserve the wellness of life on our planet. Because of over exploitation of fossil fuels as energy source dramatic climatic changes occur, making more difficult the analyzing and prediction of main green energy source like waves, sun and wind. In order to efficient use of such energy sources some previous scenarios regarding available energy amount and evolution must be built. There are dedicated models, based on mathematical equations, that allows to analyze and forecast the behavior of sustainable energy sources, but these are, generally, suitable for large domains and require specific procedures. The ANN based modeling is a good alternative for prediction an optimization in sustainable energy domain, as these provide, comparing to existing models, some benefits like adaptability to particular conditions, simplicity, good accuracy etc. The only need is for a training dataset, usually available from databases with historical evolution of involved parameters values or from experimental measurements. 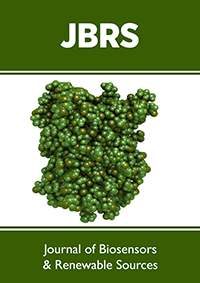