The study of medicinal plants is currently one of the alternative sources of allopathic medicine for therapeutic purposes. Given the high consumption of medicinal plants and the risks of indiscriminate use, the objective of the study was the identification of potential plant-drug interactions in the pharmacotherapy of the Public Health System users in a Brazilian Northeastern city, from 2015 to 2017 regarding the plant species used, as well as their therapeutic properties. An ethnobotanical study was conducted with a questionnaire. For this purpose, 46 types of plants were used by the 402 interviewees, where 297 were women, with 279 adult participants, and 269 medicinal plants used. Only 199 people out of the total interviewed used some medication, of which 55 associated the use of the drug with medicinal plants. We analyzed associations between the use of 13 plants and 27 drugs, totaling 42 potential interactions. Lemon balm was the vegetal species that presented the most common interactions among the interviewees. Thus, it was possible to conclude that medicinal plants are quite used for therapeutic purposes. However, one must be cautious about its use since they can interact with drugs, reducing or potentiating their effects. 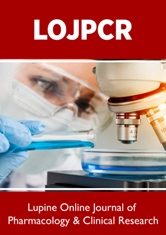